This itinerary is completely customizable 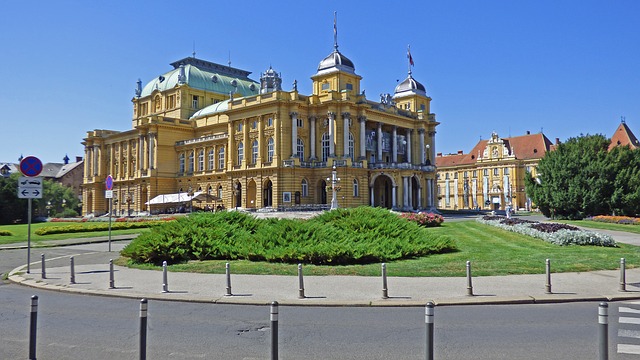 Your trip to Croatia begins in the capital, Zagreb, which boasts beautiful architecture and a small town charm. Located in central Europe, you can see both the western and eastern influences that have sculpted Zagreb into what it is today. The Gradec district is full of pedestrian-friendly cobblestone streets, where charming cafes and restaurants have replaced the artists and tradesmen, who populated the district in medieval times.

Gradec is part of the medieval core of Zagreb and it is easy to get lost while enjoying the architecture among the winding streets. After exploring Gradec, you can visit Tkalciceva Street to enjoy a delicious dish like Zagrebački odrezak (veal steaks stuffed with ham and cheese, which are then breaded and fried) while enjoying the live music that can be heard anywhere along the street. At the Dolac Market, you can find fresh produce, meat, and local artisanal products. 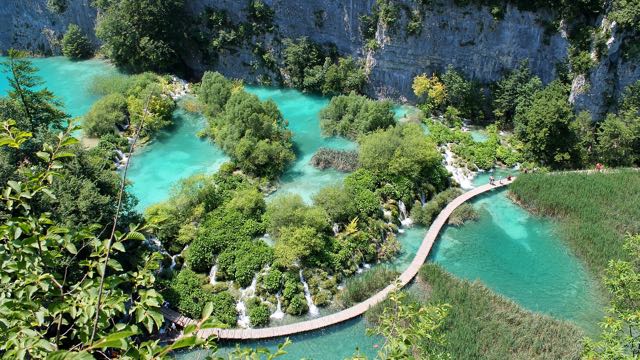 After you get a feel for Croatian culture in the capital city it is time to introduce you to the nature in Croatia. Plitvice Lakes National Park is one of the top inland tourist attractions in Croatia, and even though it is often crowded, we guarantee you that it will be one of the highlights of your trip. The park consists of 16 terraced lakes, which are connected by numerous tumbling waterfalls. The water is a beautiful turquoise color and visitors can enjoy the scenery by walking along trails and wooden walkways that navigate around and even across the lakes. Walking through the park it is easy to understand why this was declared as Croatia’s first National Park in 1949.

After touring Plitvice, you will move south to Krka National Park, which is a less well known, but definitely not less beautiful National Park. Krka National Park is home to a series of seven cascading waterfalls as well as two beautiful monasteries. One of these monasteries is located on the island of Visovac and can be visited by boat. The national park is also home to a stunning karst river canyon, Paklenica, which is a great location for hiking, rock climbing or exploring caves. Do not forget to bring your swimsuit because swimming near the waterfalls in Krka National Park is allowed, unlike at Plitvice Lakes where swimming is strictly forbidden. 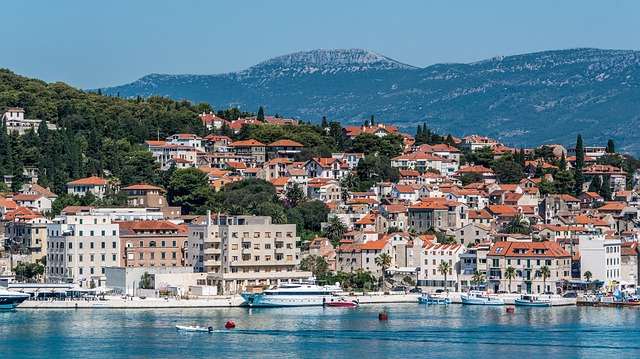 After a couple of days visiting Croatia’s natural wonders, you will head into the city of Split. A beautiful coastal city that boasts Diocletian’s Palace, which was built by the Roman Emperor Diocletian in the 4th Century AD and comprises about half of the old city in Split. The palace was a fortified residence as well as a military garrison and is considered to be one of the most impressive Roman monuments in the world. The city is the perfect balance between ancient and modern with popular restaurants and pubs interspersed between the ancient walls.

Walk along the coast and enjoy the views out across the harbor or take a stroll through the Marjan Forest Park. The nature preserve is home to trails that lead to the top of a 500-foot hill from which you can enjoy stunning views over Split, the harbor and the islands off the coast. After you enjoy exploring Split you can explore the surrounding area. The beautiful town of Trogir, the medieval Fortress of Klis, and the ancient ruins of the village of Salona are day trip possibilities. 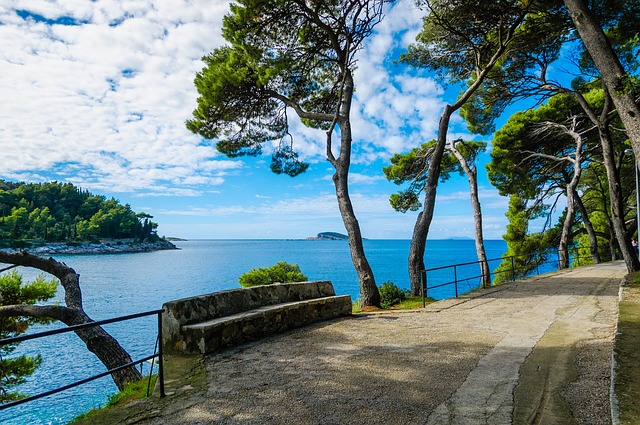 Hvar is known as a party destination (for good reason), but there is much more to this island than that including the oldest town in Croatia, Stari Grad. Great scuba diving and snorkeling spots can be found nearly everywhere, and the islands listed above are just a few of the over 1,000 islands that are off the coast of Croatia. Whatever you would like to do once you leave the Croatian mainland, we will find the perfect island for you. 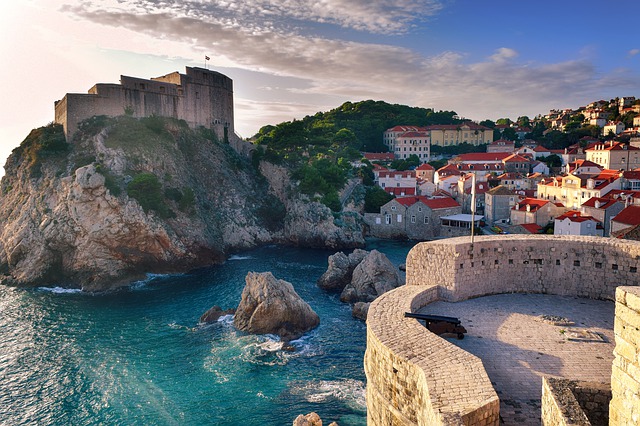 Last but not least you will arrive by ferry in the “pearl of the Adriatic,” Dubrovnik. One of the most famous cities in the country and arguably the most scenic. The towering Walls of Dubrovnik surround the old coastal city and walking along the walls is always a highlight of a visit to Dubrovnik. As in the other Croatian cities, the center of Dubrovnik boasts several pedestrian streets with great food, live music, and street vendors. The Stradun is the most remarkable of these and houses nearly 1000 feet of shops, cafes, restaurants, and bars.

For views over Dubrovnik and its impressive walls, you can hike to the top of Srd or take the cable car to the top. If you happen to be a Game of Thrones fan then there are numerous tours to show you the sites that were used in the filming of the show. Other possibilities include sea snorkeling trips, sea kayaking trips, historic walking tours or day trips to Montenegro or Bosnia.

After our initial conversation, we will build you and your group a custom itinerary based on your interests. We have traveled through Croatia and we can give you insight into the country and recommend many places and activities along the way. Once you decide to go on the trip, we will book everything and guide you through the process of preparing for your trip. We will make sure that all of your travel documents are in order and will answer any questions you might have. 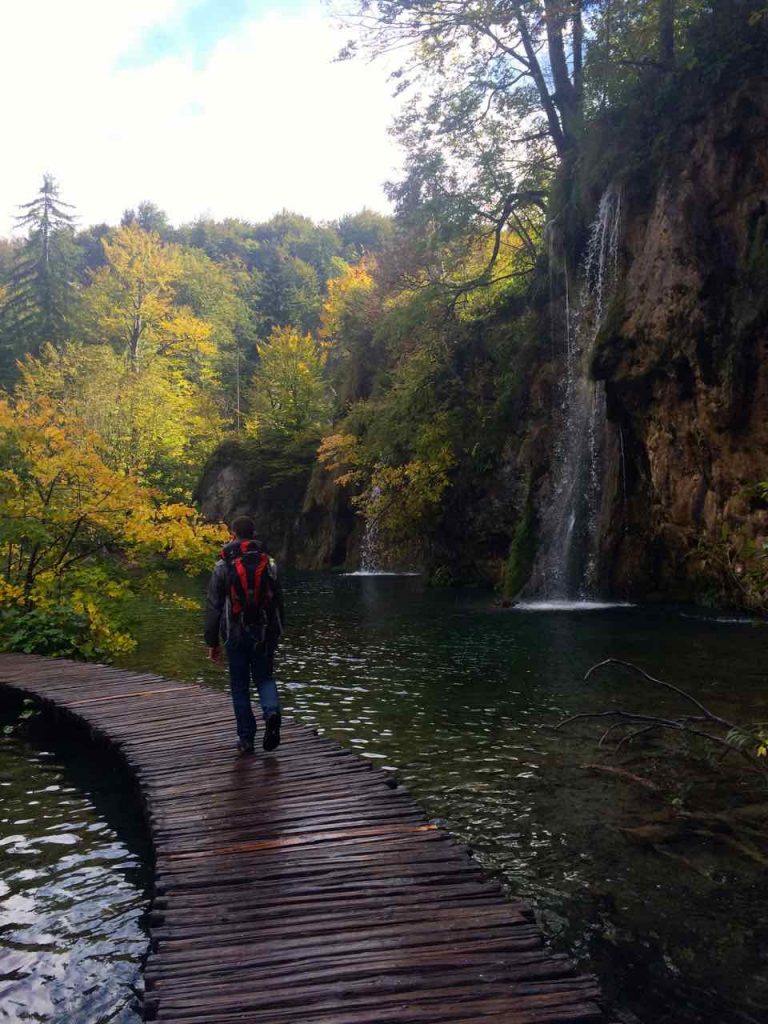 During each of our trips, we provide remote support for the entire duration of your trip. Our meticulous preparation prior to the start of your trip will reduce the possibility of something going wrong during your trip. When you book your trip with us you will spend your vacation enjoying the country you are visiting instead of dealing with logistical issues. We live in the same time zone and are only a quick call away to resolve any issues that might arise during the course of your trip.

* price excludes airfare to and from the country